...looking unto Jesus, the author and finisher of our faith, who for the joy that was set before Him endured the cross, despising the shame, and has sat down at the right hand of the throne of God.
Hebrews 12:2

The cross was no surprise to Jesus. He knew he had to do it, he knew what he would go through. We imagine with our minds and relate in a human way how painful it must have been on his body – whips with sharp objects attached to it, beating with clubs and weapons, a crown of thorns, carrying a heavy cross after being tortured only to be hammered and nailed to it.

I don't know exactly when – whether it was from his childhood or at some point in his adulthood before his ministry began that Jesus realized why he was on earth. I do know Jesus was fully God and fully human. He leaned on the Holy Spirit the way believers need to today. Everything around him screamed that he was just an ordinary boy in an ordinary town and there was nothing special about him. He had to know and really know who he was.

Before he became a man, the Son always was.

And before everything was made, the cross was ordained.

...the Lamb slain from the foundation of the world. Revelations 13:8

So at some point, he knew as in really knew. He remembered who he was before becoming man and why he came down. And he held that knowledge and walked among men who didn't notice anything different about him.

When his ministry began, the Father opened up the heavens and spoke in an audible voice:

After his baptism, as Jesus came up out of the water, the heavens were opened and he saw the Spirit of God descending like a dove and settling on him. And a voice from heaven said, “This is my dearly loved Son, who brings me great joy.” Matthew 3:16-17 NLT

So the cross was his destiny and it was ever before him. As the day drew closer I could only imagine in my frailty how anxious that would make me if I were in his shoes. But the same Jesus who taught "don't worry about tomorrow, it won't add a day to your life" was not anxious. Not until moments before his betrayal which started the chain of events leading to the cross. Moments before that, I believe he carried pure anxiety – as the atonement had already begun.

And He was withdrawn from them about a stone’s throw, and He knelt down and prayed, saying, “Father, if it is Your will, take this cup away from Me; nevertheless not My will, but Yours, be done.” Then an angel appeared to Him from heaven, strengthening Him. And being in agony, He prayed more earnestly. Then His sweat became like great drops of blood falling down to the ground. Luke 22: 41-44

It was not the Father's will for the cup to be taken away from Jesus. And so, neither was it Jesus' will. Their will was one and the same. And so, knowing exactly what was to come and knowing there was no escape, Jesus began to sweat great drops of blood.

Now I want you to understand how I read these verses, and all of the bible really. Knowing that it is all a great big story of Jesus and how he saves, I look for and take faith in the details of exactly what I am saved from. I look for what he paid for, so I know what I have.

In this scene he is carrying pure grief, pure anxiety. There is no hope and no escape. He suffered through that so you and I wouldn't have to. And it's backed up by prophecy:

Surely he hath borne our griefs, and carried our sorrows: yet we did esteem him stricken, smitten of God, and afflicted. Isaiah 53:4 KJV

These words Isaiah spoke hundreds of years before, Jesus was fulfilling in the Garden. And now 2000 years after we can look back and find our redemption from grief, anxiety and sorrow. It's for right now.

We need to understand that though the physical pain Jesus was about to suffer was horrendous and gruesome, what happened in the spiritual was much worse. I don't think you or I could understand in this life what it truly means for God the Father to have "forsaken" God the Son. They're One God. This never happened in eternity before this, and for eternity after this the Son would have a body which carries the scars.

But it happened. Jesus cried out "My God, my God, why have you forsaken me?"

He never called him "God" before that. Just "Father". Later on he would call him "Father" again when he commends his spirit to his right hand. That's how we know the atonement was complete. But think about the gravity of that – God the Father turning his back on Jesus. Maybe it was just a moment, but eternity was in that moment.

That's how we know that for eternity the Father will never turn his back on us if we are in Christ. Jesus suffered the separation so that we would have the basis of his promise that "he will never leave or forsake you" (Hebrews 13:5) and that "nothing can separate us from the love of God" (Romans 8:31-39)

But let's return to the Garden.

In the middle of that grief and sorrow, the despair of knowing there was no escape. Do you know what got Jesus through that?

who for the joy that was set before Him endured the cross, despising the shame

You were set before him. You were on his mind. You are his joy. The thought of being with you for eternity brought him so much strength, he went forward with it. The bible tells us that "the joy of the Lord is our strength" (Nehemiah 8:10). But on that day, YOU were the joy that brought Jesus strength. You are still his joy.

I want you to understand what's in the Father's heart. When Jesus came out of the water during his baptism, read again what the Father said out loud: "This is my dearly beloved Son, who brings me great Joy". Jesus is the joy of the Father. But the Father gave him up for you. You are his joy. He rejoices over you with singing. (Zephaniah 3:17). It was worth it for God. You are worth it.

I'm a father and I think of my own children. How much joy they give me. Even just the thought of them growing up, getting married and leaving my home to start their own lives brings a sharp pang in my heart. To not have them around, bringing laughter and comedy to my home. Even the worst times are the best times.

Jesus came to save. There was a separation that faced him in the garden that pushed him to the cross. There's a separation that faces each of God's children today. He cannot bear to be separated from you, and it isn't even in a "get married and leave the house" kind of way. The world doesn't know him, doesn't love him, and many do not want him. Maybe that was you.

Jesus died for the thought, just the hope — that you would be together. His death guaranteed the way back, but it is a way back we need to turn to. He gave us all a choice and won't force us. Dying, he hoped we would be reunited.

You must hear this news, really hear it, receive it, and believe.

For the grace of God that brings salvation has appeared to all men Titus 2:11

Jesus's hope, his Joy which was worth the cross was for all men.

The Lord is not slack concerning His promise, as some count slackness, but is longsuffering toward us, not willing that any should perish but that all should come to repentance. 2 Peter 3:9

People wonder and argue about what is "God's will". Well it's up there. His will is for NONE to perish. His will is for no one to be separated. That's why the cross was worth it. But it was for all, not just a few.

So where does this leave you? I do not know you, or who may end up stumbling upon this. But my prayer is that you see the pure joy in the heart of God when he thinks of you. The thought of eternity with you is what moves him. And it moved him to the cross.

Maybe you've once felt this love, call Jesus your Lord, but don't feel this love anymore. Let this be a reminder for you. You were worth it. And your life now is worth living. Spend it in relationship with the One who made a way. He takes pleasure in being near you. Joy and nearness is what is in his heart towards you.

Maybe you've never heard this before, did not care much about Jesus or understand the cross. Maybe what you saw instead was religion and men reaching out for heaven in vanity and self-righteousness. I hope you see now that it was never about religion. I hope you see now that it was always about a loving Father who reached down to earth, and sent his very best to bring us to himself. It is about forgiveness, and a righteousness that is given not earned. If this is what you want, it's yours. You are his joy. Come home. 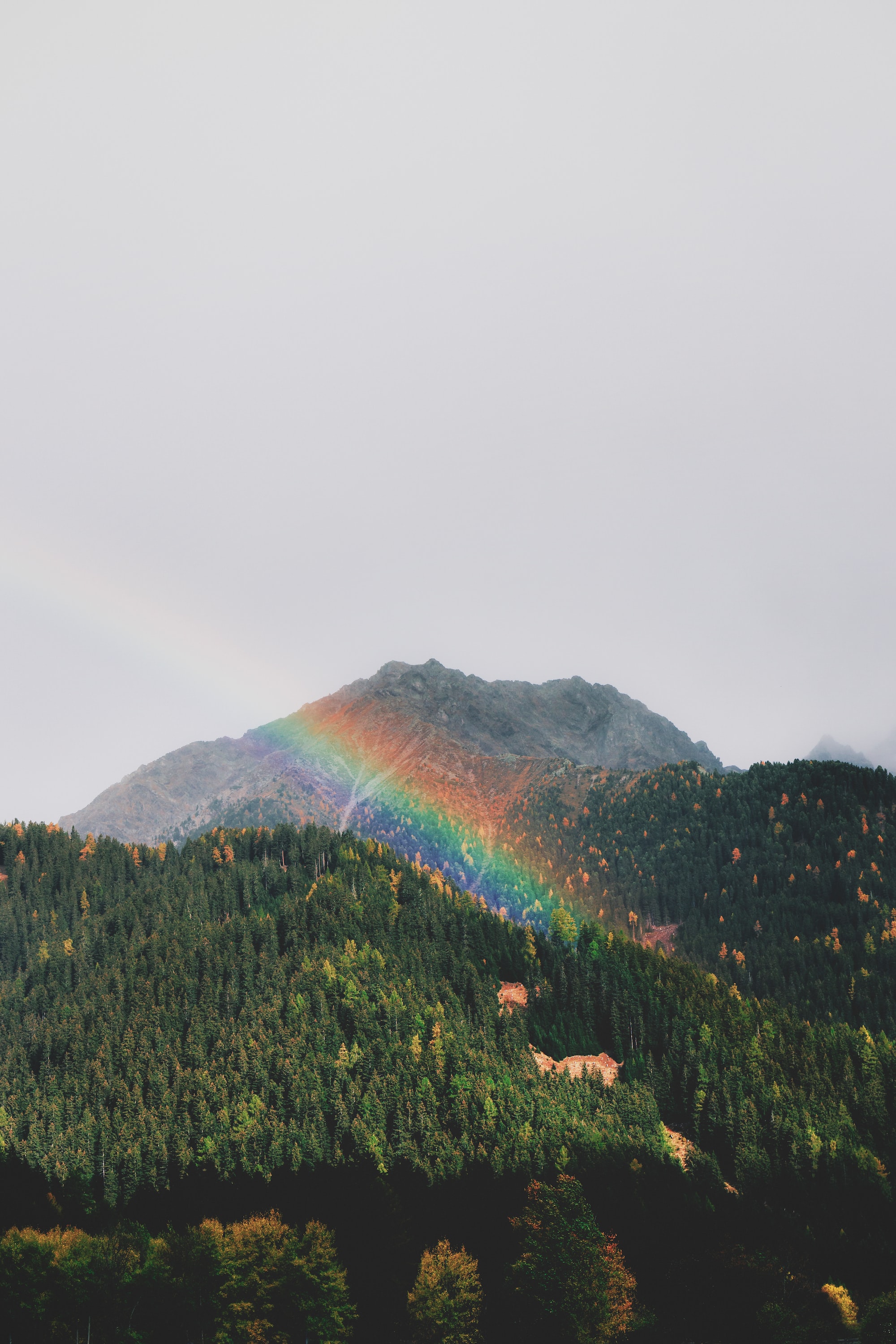 How do you picture the face of God? Is he smiling at you or scowling at you? Do you believe he is pleased at you or angry at you?